Bittle is the first affordable, compact, agile, and accessible robot dog for coding and fun. It can move with four legs rather than wheels and play tricks like real animals. Legged motion gives it more freedom to navigate unstructured terrains, and expresses the joy of life whenever it moves. Such dynamic maneuverability and behaviors were only seen on a few luxury robots from the best labs or tycoon companies previously.

“At around $225 for the Bittle kit, it’s aimed at adult tech enthusiasts. Unlike robot toys marketed at children, Bittle is a quadruped with controllable legs. This makes it closer to a £1000+ Sony Aibo robot dog although the design nods to Boston Robotic’s industrial Spot robot.”

Arduino, an open-source platform with a worldwide community of over 30 million active users, said:

“Bittle is an Arduino-programmable, Boston Dynamics-inspired robopup that fits in the palm of your hand.”

Users can bring Bittle to life by assembling its puzzle-like frames, running the demo codes, and injecting new skills with their own codes. Bittle makes a perfect tool for learning, teaching, and researching, or a surprising gift to impress family and friends.

Evolving with an open-source gene, Bittle is built on Petoi’s OpenCat open-source platform to fuse multiple makers’ gadgets into one organic system. With a customized Arduino board coordinating all instinctive and sophisticated movements, users are free to clip on various smart sensors or mount a Raspberry Pi or other AI chips through wired/wireless connections to inject perception and artificial intelligence capabilities. 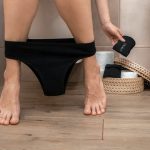 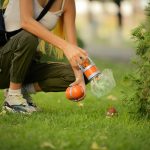