Eilik is a desktop companion robot with emotional intelligence, and is created to make life brighter and better for people.

“Technology and robots are advancing faster than ever: voice assistance, pattern recognition, service robots, educational robots, industrial robots…They are designed to provide information, do repetitive work to make our life more efficient. But something crucial is missing.” said the creator of Eilik, Shaw Yeung, and he continues “Eilik is a new kind of social robot that brings up a higher level of emotional social interactions between humans and robots. I have been dreaming of having a robot friend since I was a child, like R2-D2 from Star Wars, Rodney from Robots, Wall-E from the film, or Baymax from Big Hero 6. With this dream in mind, we build Eilik, and we hope Eilik can be your companion and bring endless fun to your desktop.”

Eilik has three touch sensors over his head, belly, and bottom. He has a wide range of emotions that he will express naturally throughout the day based on the touch interactions with you. In addition, Eilik has lots of interesting things to do in his spare time, such as reading, fishing, and exercising. If putting Eiliks together, they will recognize each other, play, and build friendships just like us. Behind Eilik’s real-life expression, the teams’ in-house animation team is working hard to make Eilik more vivid and fun. Each act of Eilik requires sophisticated design and thousands of animations.

“I regard him as a small artificial life form, fascinating in his own right.” “comments from Eilik fans. 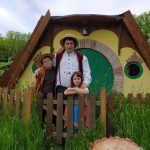 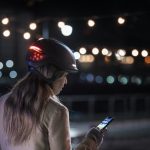