Elon Musk, the founder and CEO of SpaceX, Tesla, and Neuralink, is a visionary entrepreneur who is changing the world with his innovative ventures in the field of space, energy, and artificial intelligence. He has also recently been making headlines in the crypto world, particularly with his tweets about Dogecoin, a meme-inspired cryptocurrency. His tweets have caused significant fluctuations in the value of Dogecoin and other cryptocurrencies, leading many to question his influence on the crypto market.

Additionally, in late January 2021, Twitter announced that it will be adding a feature that allows users to tip tweets with Bitcoin, this move was seen as a way of Twitter to embrace crypto and blockchain technology, the feature is still in the testing phase but it could be a way for Twitter to compete with platforms like Substack, which are already allowing Bitcoin payments.

SpaceX, Musk’s space travel company, has recently made significant progress in its mission to make space travel affordable and frequent. In 2020, the company launched its first Falcon Heavy rocket, which was able to send a Tesla Roadster into space. In 2021, SpaceX launched the first crewed mission of the Crew Dragon spacecraft to the International Space Station (ISS) with NASA astronauts aboard, it was a major step toward SpaceX’s goal of making commercial and tourist space travel possible.

Tesla, Musk’s company that produces high-end electric vehicles and energy storage systems for homes and businesses, continues to grow and innovate. In 2020, Tesla launched its first fully electric sedan, the Model S Plaid, which set new speed records for an electric vehicle. Additionally, Tesla is working on a new autonomous driving technology called Full Self-Driving (FSD), which is expected to be released by the end of 2021.

Neuralink, Musk’s company that develops technologies to enhance the interface between the human brain and technology, is making significant progress in its research on brain implant devices. In 2020, Neuralink presented the first results of its animal testing, demonstrating that it is possible to use the devices to control external devices with the mind.

In summary, the latest news on Elon Musk and his companies show that the American entrepreneur and engineer continues to be an innovator and leader in the field of space, energy, and artificial intelligence, but he also has a strong influence on the crypto market, his tweets have caused a big impact on the value of various crypto assets. Additionally, Twitter’s recent move to add Bitcoin tipping feature could be a sign that the platform is embracing blockchain and crypto technology. 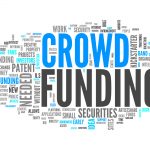