NUWA announced on Kickstarter, the all-new RobotCreator DX, a highly customizable AI robot companion designed for users of all levels of skills.

Featuring numerous web-based editing software and a wide array of sensors, RobotCreator DX can be programmed to perform complicated tasks including voice recognition, video calls, interactive games, and many more.

Thanks to the advanced RoFlow Workflow interface, users can effortlessly program the robot to perform various tasks without prior coding knowledge. On the other hand, Trainkit allows users to train DX to chat and respond with physical motions, images or videos.

Early Bird pledges for RobotCreator DX are now available for a limited amount on Kickstarter for $599, which is more than 40% off the future retail price.

For the complete list of all available backing options and more product details, jump over to the official RobotCreator DX crowdfunding campaign page by clicking the link below. 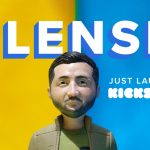 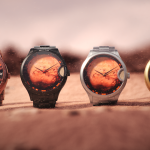