the RE:GEN: an indoor fitness bike that captures and converts human power into clean electricity able to charge electronic devices. Energym’s announcement comes ahead of the RE:GEN’s May 2021 launch on the IndiGoGo crowdfunding platform.

Energym’s engineering and product design team has spent 2-years developing the technology alongside some of the country’s top universities.

The RE:GEN captures the power generated during a workout and then stores it inside a 100Wh battery called the Ohm. Once the user has finished exercising, the Ohm is unclipped from the bike and ready to start charging electronic devices.

The average workout generates between 170Wh and 230Wh which is enough to fully charge your Ohm, to allow you to charge:

The standard Ohm has both USB-C (100w) and USB A (36w) charging. A snap-on power extender enables it to charge up to 4 devices simultaneously.

But the RE:GEN is so much more than just it’s clean energy generating technology.

The RE:GEN puts personal power into the hands of its users, incentivising them to reduce their carbon footprint and to make a positive contribution to the fight against climate change. With the global at-home fitness market expected to hit $15.2 billion by 2027, it’s easy to imagine how a worldwide community of RE:GEN bikes and riders could help make human power a valuable addition inside the renewable energy space.

Energym is a precision engineering tech start-up based in Birmingham. Founded in 2017 by CEO Will Flint, it has developed the technology to capture and convert human generated energy via gym equipment, turning it into useable electrical power. 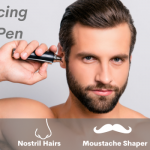 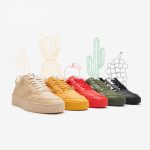