idea3Di’s Water Bottle of the Future, IUVI, Launches on Kickstarter and Promises to Turn Everyday Into an Adventure

A truly unique object has landed on Kickstarter, the iUVı̀ revolutionary multifunctional water bottle from the enfant terrible of Idea3Di.  They have launched today their third crowdfunding campaign (after their two previous campaigns during which they have raised over $800,000 and have shipped more than 7,000 units.

At first glance, iUVı̀ might seem like an ordinary water bottle, suitable at most for a simple outing or for an ordinary day at the office. However, iUVı̀ is much more than a simple water bottle. It can be transformed in a flashlight if light is needed. It has a power bank if electronic devices are low on power, and a UVC ray sterilizer to purify the water in it of germs and bacteria.

Due to the innovative technology line-tuned by the guys from Idea3Di, iUVı̀ presents itself as an unique object, able to meet quickly and intuitively the needs that life imposes during a trip as well as at work. All this in a unique, impressive water bottle.

The various functions of iUVı̀ are suitable for every situation -in the middle of nature or through the busy streets of the city.  They are designed specifically for making this water bottle a must-have object for everyday life, especially far from home.

Traveling at night and in need of a light? Don’t panic. iUVı̀, due to its powerful LED, in a few seconds, can become a formidable flashlight, visible from many meters. Is the drinking water unhealthy? The water bottle, through the integrated UVC led, can neutralize 99,99% of bacteria and germs after only 60 seconds, purifying the content of the bottle. This function is also useful to purify the inside of the bottle itself, often subject to bad smell and contamination.

It a smartphone is dead and and there is no opportunity to charge it, there’s no need to worry. iUVı̀’s cap is equipped with two waterproof state-of-the-art USB ports.  One will charge the internal battery, the other one is for external devices such as smartphones, GoPro, iPad, etc. A mixture of technology designed to be a precious ally in the most varied conditions and at any time of the day, a perfect product to make daily actions easier, and at the same time, to deal in the best way with the most adventurous travel.

“The idea of iUVì came out in a very natural way,” says Damiano Iannini, maker of Idea3Di. “We often travel for work so we know well the needs of those who have to move frequently: how many times have we been in that situation where our phone was dead right at the moment when we needed it? Or, how many times did we need a light source in the dark? It was to answer to these needs that we wanted to design something useful for travelers like us, who are often far from home, and don’t always have on hand what they need. We wanted to start with a substance that everyone needs: water. From here, the idea to develop a multifunctional water bottle, able to give support in situations and different scenarios. A way to simplify the life of those who are often moving, through the streets of the city, just like in adventurous travel.”

The technology is not hard to use because operation of iUVı ̀ is very easy and fast. The heart of this revolutionary object is in the smart cap: no buttons, because users just have to touch a sensor with their finger that is placed on the top.  This gives access to the different functions of the water bottle, passing from one to each other in a few seconds. For any touch, four lights will optically indicate which function of the water bottle is on at that moment: flashlight, power bank, sterilizer or battery monitoring.

In addition, a second modular cap is in the pipeline.  It will be a drinking cap equipped with quick hitches to alternate a camel back to the simple drinking valve. Designed for those who practice sport at all levels, the production of this is tied to reaching a stretch-goal of $340,000. In short, all the technology of the world would be in a single cap.

“During all the project development, the concept of ‘travel’ was central,” explains Ferdinando Petrella, one of the creators of iUVì.  “A bit because, being born in the mountains, we have a great love for nature, and a bit because we well know that today travel is indispensable. So, we have decided to build iUVì tailor-made for those who must move often, to live a dynamic life, to venture around the world. The idea at the base of our project is that to travel light and safe is the best way to thoroughly enjoy the travel, both outstanding and ordinary.”

iUVì is currently available for pre-order on Kickstarter at the cost of $61. 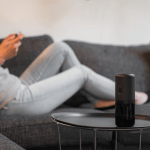